Basalt. What it is?

What kind of rock basalt is and what are its properties

As a result of the rapid volcanic lava cooling, a rock, which is called basalt, is formed. It is believed to be the most abundant rock on the earth’s surface. There is huge number of picturesque places in the world with massive mighty basalt pillars that attract tourists.

There are several basalt deposits in Ukraine. Some of them are included in the list of 100 Wonders of Ukraine. The fact that the basalt has been preserved in the form of such clear geometrically regular pillars is a unique phenomenon in itself. The basalt rock itself is mountainous and has an igneous origin, however, some basalt pillars are located on flat territory. They look like four- or eight-sided columns. Their height reaches 30 meters. By the way, an interesting fact is that if the basalt itself is polished, it becomes an incredibly beautiful black mirror. It is known that basalt rocks are the lowest in the structure of the earth’s crust and that the basalt itself is closest to the mantle.

Basalt quarries in Ukraine are not only very beautiful, but the stone itself has a unique chemical composition, which makes it possible to use basalt crushed stone in the most complex industrial continuous fiber production. 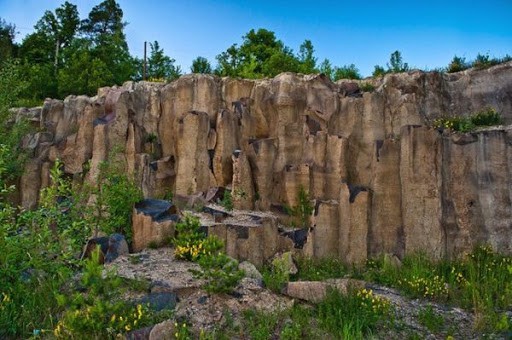 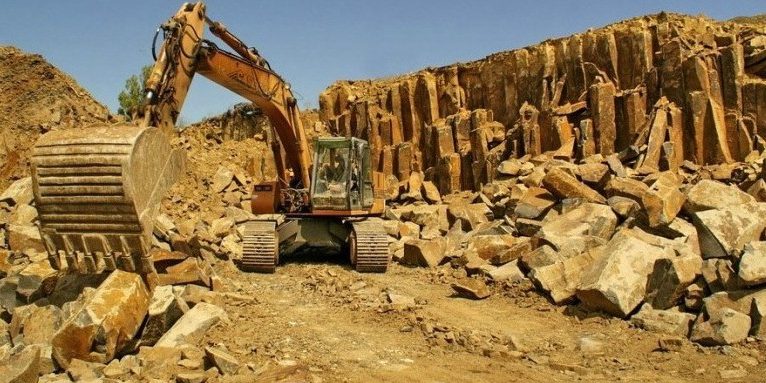 The unique properties of basalt are used to produce modern environmentally friendly products for construction purposes, as well as raw materials for the composite industry.

In Ukraine, andesite-basalts are mined with SiO2 content of more than 50%, which gives unique characteristics to the basalt fiber. In other basalt deposits, the SiO2 content ranges from 45 to 49% and therefore the final product is qualitatively different and requires additional corrections during the production process.

Basalt has a short permanent deformation and an extended working elastic zone. Basalt continues to work when most of the materials have already collapsed.

Basalt fiber has a lower linear elongation than steel and even more so than polypropylene. 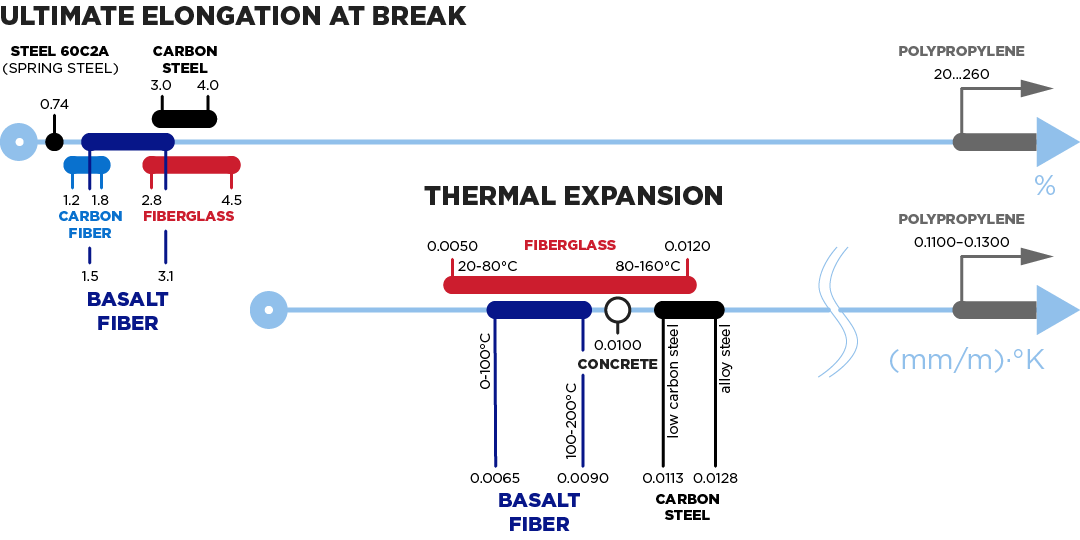 Basalt fiber has a higher thermal stability compared to other composites over the entire temperature range, covering the range of normal use. In addition, unlike steel, the thermal expansion of basalt is less than that of concrete, which allows us to say that basalt has a restraining function in the concrete mixture.

Basalt fiber shows perfect results in all types of building structures and composites. 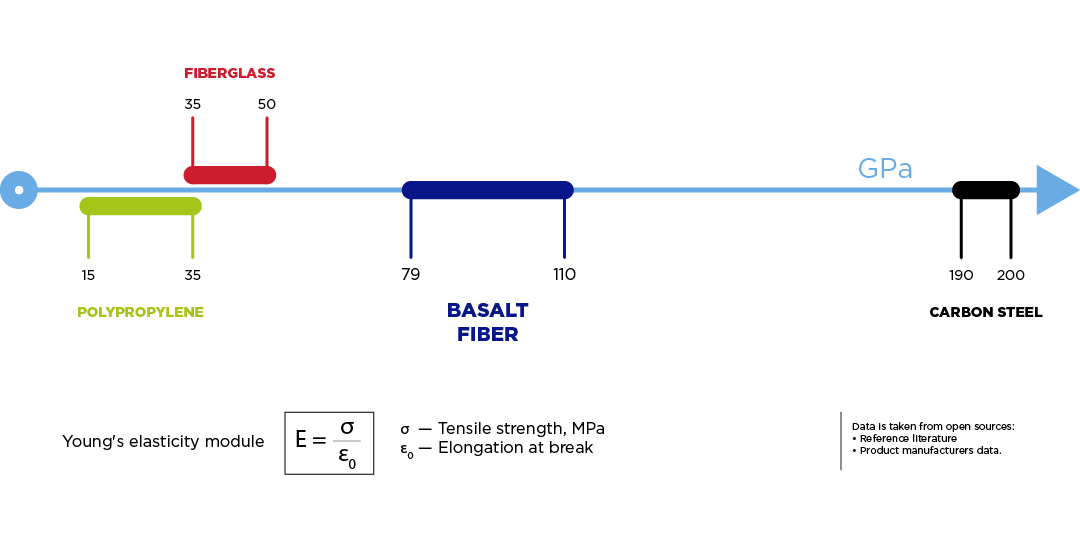 Basalt fiber, like steel, is significantly less brittle than fiberglass and concrete. This is one of the uncopyable competitive advantages of basalt reinforcing materials. 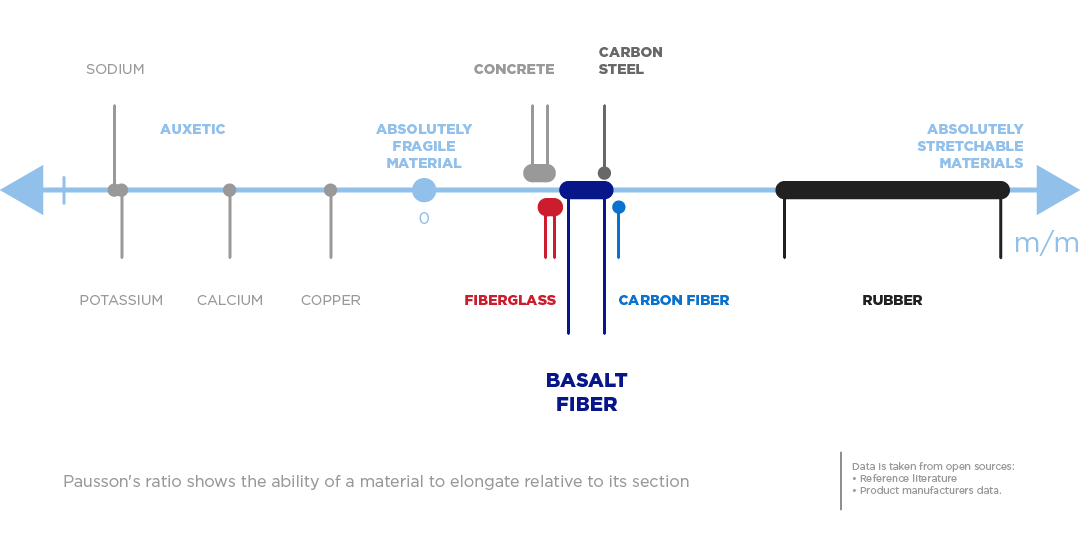 You can also collect data yourself and compile a comparison table  for analysis.

Basalt is a unique material that transfers the power of nature to new technologies!